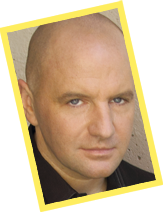 Auggie is the star of his own DVD titled Cult Following and has released two CD’s. His comedy rants are in heavy rotation on Sirius/XM satellite radio. He has made the finals of The Great American Comedy Festival and is a winner of both the Seattle and San Francisco International Comedy Competitions (The first comic to win both of the competitions). Auggie shot national TV performances for Comedy Central’s Bob & Tom All Stars, and Live at Gotham, where he was put in the honored status of headlining the first episode.

Travis Nelson has performed across the United States and Canada He has performed at the Moontower Comedy Festival, the Seattle International Comedy Competition, the Cape Fear Comedy Festival, and the Westside Comedy Showdown in Santa Monica. In 2018 he won "Best of the Fest" at the Burbank Comedy Festival and he made the finals at the Main Event of the World Series of Comedy. He can be heard on SiriusXM Satellite radio and has a Dry Bar Comedy special coming out soon. 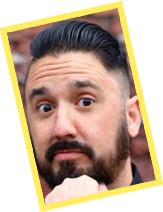 Todd Kirkwood is originally from the High Desert of Southern California and is now a long term Seattle resident. His style of comedy is funny and engaging, joking about his Mexican heritage and life in the Northwest. 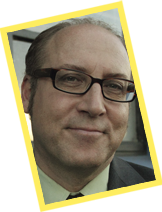 A staple of Pacific Northwest comedy since the eighties, Krug has also travelled across the U.S. and into Canada, performing at such prestigious venues as The Improv in L.A. and The Riviera in Las Vegas. Art has appeared on cruise ships and comedy clubs, colleges and corporate parties for over 30 years. He has appeared on Showtime and won the Peoples Choice Award at the Bend Comedy Festival 2010. Also, Art is the cohost of a podcast called "Stop Me If I’ve Heard This," which is starting it’s third year in March. 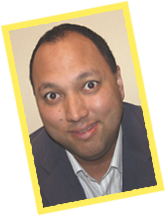 Kermet Apio is a past winner of the Seattle Comedy Competition and a winner of the Great American Comedy Festival, a national competition that takes place in Johnny Carson's home town of Norfolk, NE. He has appeared on Comedy Central and A&E and has numerous appearances on National Public Radio. He has performed in 47 states and recently completed a 25 city theater tour through western Canada.

Ticket information can be found at the Edmonds Center for the Arts website for the shows on Friday Feb. 21st and Saturday Feb 22nd. Or you can use the convenient links below to get your tickets through the ECA box office.

Purchase tickets for the

Purchase tickets for the

Tickets may also be purchased in person at the ECN box office:

Edmonds Center for the Arts